Sweden: The parents of three children have been accused of isolating their children in the house, using a door block from March to early July for fear of the virus infection.

The Jönköping County Court, in southern Sweden, on September 2 ruled that three children locked in their homes for nearly five months by their parents would be admitted to child care and not allowed to go home.

Three children between the ages of 10 and 17, prevented from leaving their home by their parents, live in a private room in the apartment where each child’s door is blocked by nails. Mikael Svegfor, their lawyer, said the family did not speak Swedish and watched news about Covid-19 from channels in his home country, where more stringent restrictions were imposed than Sweden.

“This is a conflict of thinking among people in different parts of the world,” he said. “Children get caught up in this. In our fear of a pandemic, we become confused in one way or another.”

Svegfor rated the incident “extremely sensitive”, but the decision made by the courts and local social agencies is always in the best interests of the children.

The parents of the three children said that the children taught themselves at home, denied locking the children, and insisted they were free to go out if they wanted. They plan to appeal an order to send the children to a care facility.

“In this case, there are many different views, as well as many different pictures,” said Andreas Hannah, a lawyer representing the parents at the trial. Names and hometowns of family members are not disclosed. 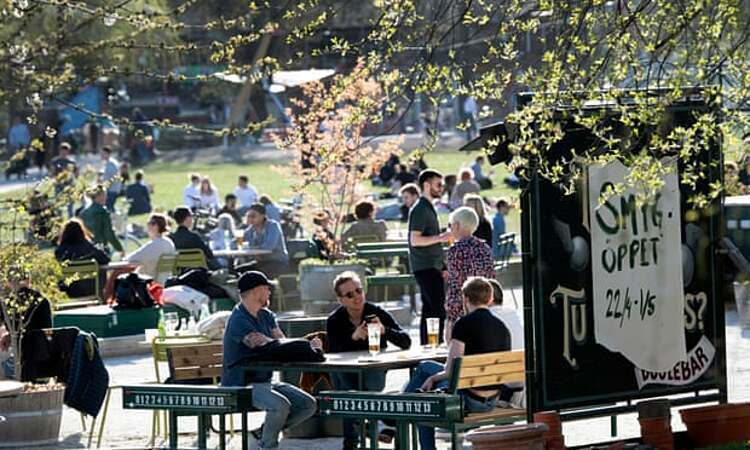 Like many other countries, Sweden closes schools for students over the age of 16 but remains open to younger students and requires full attendance. The family was reported to the social services agency and faced a fine for keeping the child at home.

Sweden prohibits gathering of more than 50 people, but at the same time encourages, not forces, people to maintain social distance and work from home. Shops, bars, restaurants, and gyms are still open because the government wants to appeal to people’s self-awareness, not to force it by law.

The Swedish government affirmed that it does not want to achieve the community immunity but wants to slow down the rate of nCoV transmission so that the health service has enough time to cope.

Sweden’s daily cases have been decreasing steadily since June, although there is a short increase in August. The country recorded 85,500 cases and 5,820 deaths. Sweden’s death rate per million people is higher than that of neighboring Nordic countries, but lower than some countries that impose blockades such as Great Britain, Spain or Italy.