Germany’s Health Minister said that the country aims to achieve community immunity through voluntary vaccination, which is expected to be popularized by mid-2021.

Health Minister Jens Spahn stressed that the German government does not require compulsory vaccination after the Covid-19 vaccine becomes available.

“We need 55-65% of the population vaccinated to achieve what we often call public immunity and I firmly believe we can achieve it voluntarily,” Spahn said at the press conference. in Berlin today. 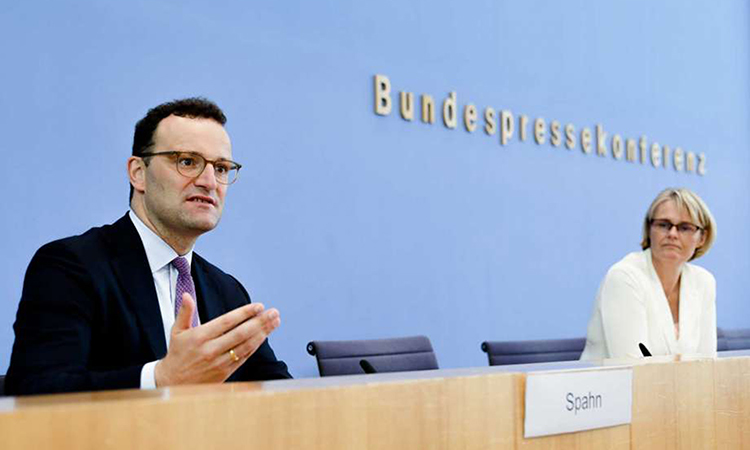 Scientists around the world are racing to develop an effective and safe Covid-19 vaccine to prevent a pandemic from killing more than 930,000 people worldwide.

As in many other countries, many activists and conspiracy theorists in Germany oppose any Covid-19 vaccine. They sometimes also participate in major street vaccine protests. However, a recent survey shows that the majority of Germans are willing to get vaccinated.

Speaking at the press conference above, Research Minister Anja Karliczek said Germany does not expect vaccines to be widely available to the public before mid-2021. This estimate is in line with the recent assessment of the World Health Organization. gender (WHO).

Karliczek asserted that Germany and the European Union will not risk “burn the phase” of this war to develop an effective and safe vaccine. She said the German government has spent 750 million euros (about $ 890 million) on three domestic companies to research and develop vaccines.

The two most advanced German companies in the field, CureVac and BioNTech, which are cooperating with American pharmaceutical group Pfizer, will receive investments of more than $ 270 million and more than $ 440 million, respectively. Negotiations with a third company IDT Biologika are entering the final stage. Under the deal, the company will keep 40 million doses for Germany after it successfully develops the vaccine.

Germany also reached a contract of 54 million doses of vaccine with AstraZeneca and is continuing to negotiate many other contracts.

Once the vaccine is licensed, Minister Spahn said he would deploy it within days or weeks. He warns that not all citizens can get the vaccine in the first batch, as some logistical challenges mean vaccines will be given priority to certain groups, such as the elderly or those working at the frontline. head.

Germany was once seen as the anti-epidemic role model in Europe and the world thanks to its extensive testing program and effective contact history tracking. However, the country has seen the number of infections increase again in recent weeks. Health officials reported 1,407 new infections today, bringing the country’s total to more than 260,000 since the outbreak.