While China and Russia are moving to deploy the Covid-19 vaccine on a large scale, the US still has an internal dispute over this issue.

On September 14, Guizhen Wu, a biosafety specialist at the China Center for Disease Control and Prevention (CCDC), revealed that the Covid-19 vaccine developed by the country may be ready to be vaccinated. copper in early November. Before that, Chinese officials said they had licensed the use of potential vaccines are being tested in clinical cases in emergencies.

According to Chinese state media, hundreds of thousands of people in the country, including military soldiers, diplomats, frontline health workers and employees of state-owned enterprises, have been vaccinated by the Pharmaceutical Group. China National Products (Sinopharm) adopts emergency use regulations.

In addition, Beijing has also begun deploying the Covid-19 vaccine overseas, to places that are believed to be targeted for expansion. Last week, Sinopharm announced that it would provide emergency doses of one of the two currently undergoing Covid-19 vaccines to the United Arab Emirates (UAE), a US ally. China is also currently the only Covid-19 vaccine supplier in the Middle East. 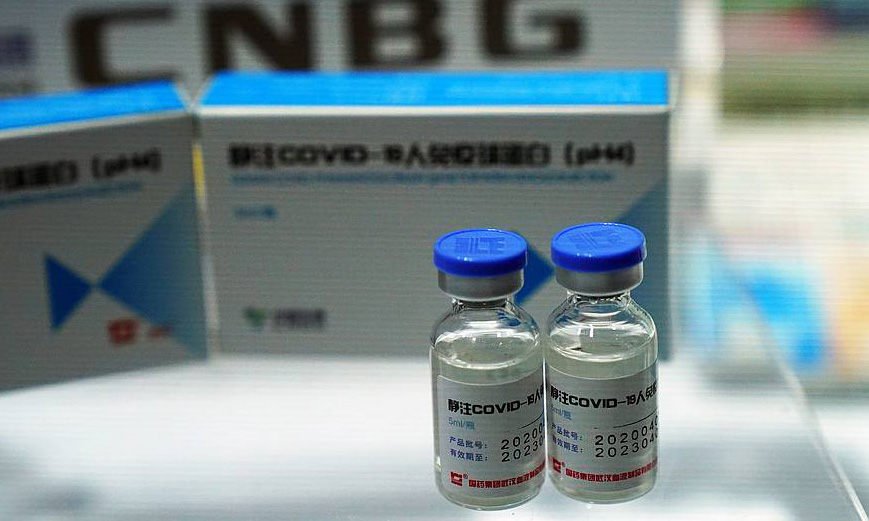 Sinopharm’s Covid-19 vaccine is still under Phase Three testing in Jordan and Bahrain. Egypt on 9/11 announced it would also start testing Sinopharm’s vaccine, three days after the British-Swedish pharmaceutical company AstraZeneca had to suspend the clinical trial because of a volunteer with “unknown cause. “.

According to commentators Eva Dou and Isabelle Khurshudyan of the Washington Post, recent moves by Russia and China in the Covid-19 vaccine race have left the West losing an important advantage.

President Donald Trump has recently repeatedly pushed for the rollout of the US Covid-19 vaccine, while the country’s pharmaceutical companies oppose the idea of “phase burn”, determined to adhere to safety standards. is established long ago.

“US health experts say they will not be in a hurry to release the US vaccine in response, but that will help Russia and China promote this invaluable diplomatic weapon for the next several months,” said two commentators. write.

As a result, Russia and China could reap considerable geopolitical power over the next year by “bending rules” and rushing to launch their own Covid-19 vaccine, accepting bets on consequences. If the vaccine doesn’t work.

“It’s really a crazy and bad idea. This is amazingly confusing,” said Arthur Caplan, an expert at the Grossman School of Medicine at the University of New York, USA, about China and Russia. use Covid-19 vaccine before completing Phase Three trials. “I just can’t understand this kind of calculation.”

However, Kirill Dmitriev, the president of the Russian RDIF fund, said Russia decided to approve the Sputnik-V vaccine before completing the Phase Three trial as many other countries did.

According to observers, for Beijing, the bold decisions about the Covid-19 vaccine are a big gamble. As a place where the pandemic started, China has sought to appease international outrage, but some of its previous efforts have backfired, such as batches of medical masks and protective gear. aid to other countries has been criticized for being substandard.

However, the potential risk with a vaccine “gamble” is much greater. Serious vaccine side effects rarely occur in small-scale trials, experts say, which is why large-scale Phase Three trials are usually conducted for months before the vaccine is approved. browse to market. Safety risks can also arise due to urgent production.

Another problem that China and Russia have to deal with is that the quantity of Covid-19 vaccine doses will not be enough for all. Both countries estimate they can only produce enough vaccines for a small fraction of the population for the year