Poland: The ceramic bowl decorated with a human face with horns on the forehead can have a sacred meaning to the ancients. 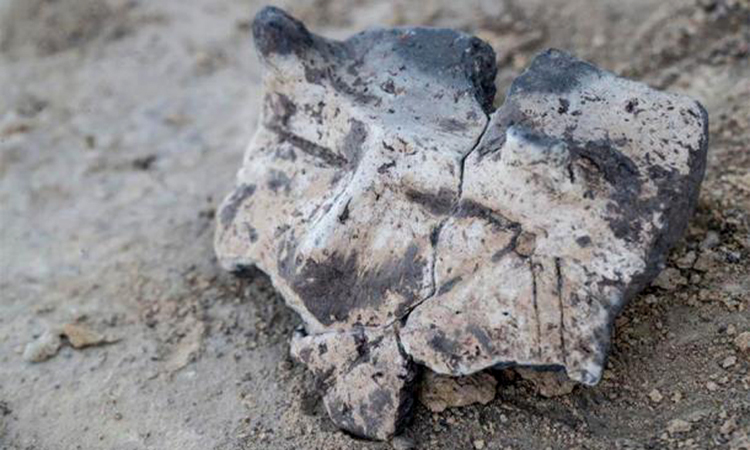 Piece of ceramic bowl engraved with a human face with horns on his forehead. Photo: Ancient Origins.

Archaeologists discovered a 7,000-year-old ceramic bowl piece in the village of Biskupice, Wieliczka county, Poland, Ancient Origins on 3/9 reported. The team of experts unearthed three ancient houses in a prehistoric settlement associated with the Linear Pottery culture. They found 3,000 artifacts in total, but the dish carved with the human face was the most notable.

“The pieces of pottery we discovered are decorated with the lines of a face. There are two protrusions on the forehead that resemble horns,” said Marta Korczynska, expert at the Wladyslaw Szafer Institute of Botany of the Academy of Sciences. Polish school, description. Only a portion of the strange bowl remained, she said, including the eye and nose engraving. The broken bowl is about 10 cm wide.

Project leader Magdalena Moskal-del Hoyo, Ph.D. at the Institute of Botany Wladyslaw Szafer, said they did not understand the meaning of the decoration on the bowl. However, it may have some spiritual meaning.

The ceramic bowl is proof that the inhabitants of the ancient settlements came into contact with people from present day Hungary and Slovakia, according to Professor Marek Nowak at the Archaeological Institute of the University of Jagiellonia. Nowak said that because in addition to the bowl, archaeologists also found objects made of bottled stone (Obsidian), a material not available in Poland. Bottled rock is a volcanic glass with a glossy black surface.

Scientists have discovered bowls with similar decorations in Slovakia and Hungary during this period, though their faces often have no horns, according to Korczyńska. However, the ceramic bowl fragment in Biskupice is the first of its kind to have been found in Poland.