For the first time in 10 years, a new group of Hainan gibbons including the newly born calf has been discovered in southern China. 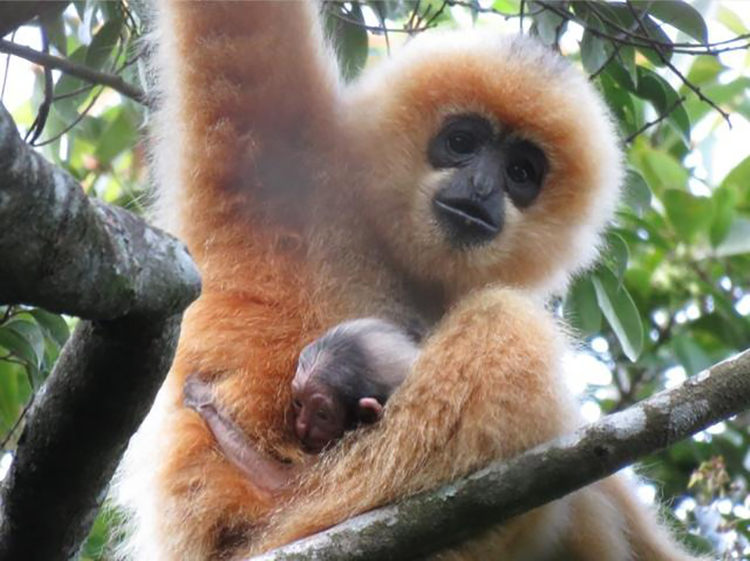 In a survey conducted by the Chinese Forestry Academy since mid-August, researchers discovered a new herd of Hainan gibbons in the Dongbengling area inside the Hainan Rainforest National Park.

“The discovery provides evidence that this rare primate has formed a fifth population. Their habitat has extended from Futouling, a branch of the Bawangling Nature Reserve, to the Dongbengling area in the distant way. it’s 10 kilometers, “said researcher Zhou Yadong from the Hainan Provincial Department of Forestry in a statement.

On Saturday last week, through infrared camera also recorded an individual of gibbons, so the number of Hainan gibbons on the island increased to 33, distributed into 5 groups.

“The expansion of Hainan gibbon habitat shows that the tropical forest on the island is being properly preserved. The gibbon’s ecological corridor is slowly forming and the construction of a national park has begun to pay off.” , Zhou added. 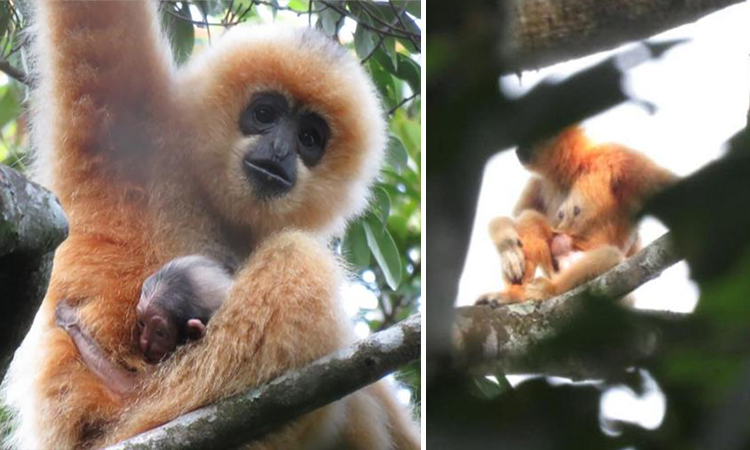 Hainan gibbons spend most of their time living in trees. Photo: China Daily.

The Hainan gibbon, also known as the black crested gibbon Nomascus hainanus, is considered the most endangered gibbon in the world due to its small population size and low reproductive rate. The International Union for Conservation of Nature currently classifies them as “critically endangered” animals.

This crested gibbon prefers to live in broad leaved forests and semi-deciduous monsoon forests. They mainly eat ripe fruit but sometimes both leaves and insects. Nomascus hainanus spends most of its time on tree tops that are taller than 10 m and rarely placed on the ground, making it difficult to propagate in captivity.

China listed Hainan gibbons as class I (top-level) protected animals, after the number of species plummeted from 2,000 in the 1950s to just seven in 1980.

Thanks to efforts to conserve and improve the ecosystem, the number of gibbon Nomascus hainanus is showing signs of recovery. The sex structure of the population is also more balanced, creating a good foundation for reproduction.