Archaeologists found evidence of a great extinction that occurred at the end of the Trias period, allowing dinosaurs to thrive. 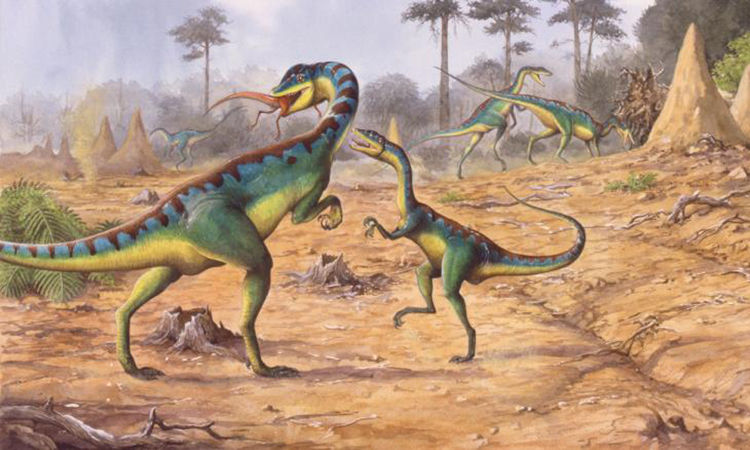 The great extinction of the late Trias period contributed to the promotion of dinosaurs. Photo: CNN.

The newly discovered mass extinction is called the Carnian Pluvial Episode, which severely reduced biodiversity and wiped out 33% of marine life about 233 million years ago. The new study was published in the Science Advances journal on September 16.

By analyzing the geological and paleontological evidence, the team determined that the biodiversity decline is consistent with major chemical changes in the ocean and atmosphere. They attributed the change to intense volcanic eruptions in what is now Alaska and British Columbia. “The eruptions peaked during the Carnian period of the Trias period,” said lead researcher Jacopo Dal Corso.

According to new research and some previous geological studies, at the end of Trias period, not only temperature but also humidity and rainfall increase. The sudden, warmer climate made many species go extinct.

However, this event may have created ecological space for many important groups of flora and fauna, including pine, insects, dinosaurs, alligators, lizards, turtles and mammals. Under the ocean, corals appear in large numbers, modern plankton groups thrive.

“Dinosaurs appeared about 20 million years before the Carnian Pluvial Episode, but they were still quite rare and did not play an important role until this extinction. The environment suddenly became dry after a period of humidity. Wet has created an opportunity for dinosaurs to grow, “explains Mike Benton, professor of Earth science at the University of Bristol.

“In the past, paleontologists have identified five major extinctions over the past 500 million years. Each event strongly influenced the evolution of Earth and living organisms. We have identified one more. “This event played an important role in helping to re-establish life on land and under the sea, marking the formation of modern ecosystems,” Dal Corso said.