A total of nearly 30 coffins containing intact mummies have been unearthed from a crypt near Cairo since early September. 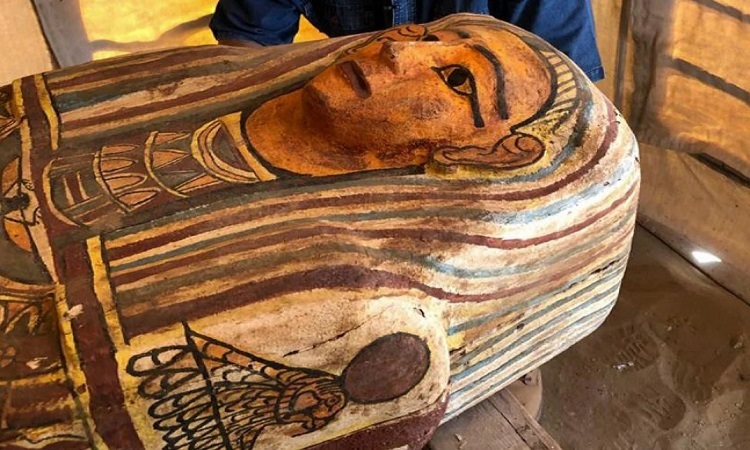 One of the coffins discovered at Saqqara cemetery. Photo: Egypt Ministry of Tourism and Antiques.

After discovering 13 coffins in Saqqara, an ancient cemetery about 32 kilometers south of Cairo, at the beginning of this month, the Ministry of Tourism and Antiquities of Egypt on September 20 announced the excavation of 14 more coffins, bringing the total to the number to 27. Although buried underground for millennia, the coffins still retain their original colors. Archaeologists also found many small artifacts in the area.

Before making the announcement, Khaled El-Enany, minister of Egypt’s Ministry of Tourism and Antiquities, described it as “the largest number of coffins ever found in a cemetery from Asasif Cachette (collection of sacks including 30 ancient coffins discovered in October 2019 at Asasif cemetery in Luxor province in Upper Egypt) “.

All 27 coffins excavated from the Saqqara cemetery are completely sealed. Initial research shows that the coffins have never been opened since burial. Authorities also believe that there are still many coffins and artefacts in the area. According to Mustafa Waziri, secretary general of the Egyptian Supreme Council of Antiquities, the archeology team has not been able to determine how many coffins in total are in the crypt.

The crypt where the coffin was found is 9 m long underground and contains a number of small burial statues buried with the dead to the afterlife. There is also a small wooden pillar about 40 cm high with the image of the Egyptian goddess Isis and Nephthys and the god Horus.