A new image of the Hubble space telescope reveals a white storm that appeared north of the giant planet. 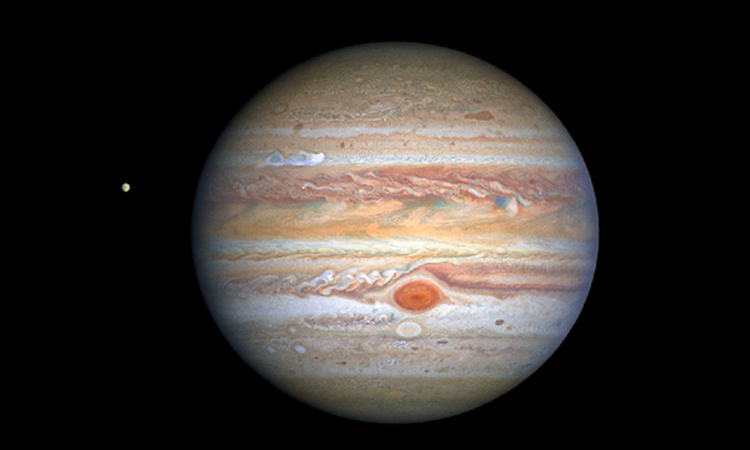 Photograph of Jupiter at a distance of 653 million kilometers. Photo: NASA.

NASA today shared a close-up shot of Jupiter from its Hubble space telescope. Moon Europa also appears on the left side of the image, looking very small compared to the giant planet. This photo was taken on August 25, when Jupiter was traveling about 653 million kilometers from Earth.

The remarkable point is that a new hurricane appears in the middle of Jupiter’s northern half, shifting to the left. The bright white storm, traveling at 560 kilometers per hour, was on the planet’s surface. The storm formed on August 18, followed by two other storms at the same latitude.

New hurricanes usually appear in this area every 6 years, often with multiple storms at once. Hubble’s timing of photography is ideal, helping scientists observe the early stages of the storm development.