The assembled Lucy spacecraft is scheduled to launch into space in October 2021 with the mission to study Trojan asteroids. 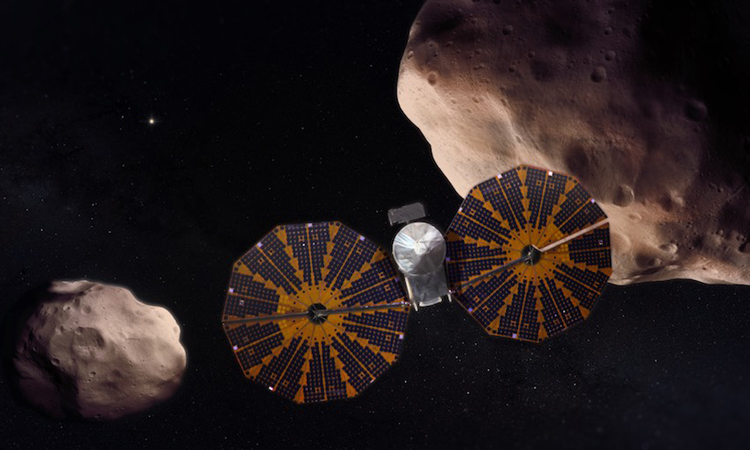 NASA said that the engineers in charge of the spacecraft Lucy began to prepare for the assembly and testing of the ship as well as the scientific equipment on the ship. Even though Covid-19 was raging, Lucy’s creation went according to plan. Scientific instruments will be on board in early October.

The entire assembly and testing process by Lucy is scheduled to be completed by July 2021. At that time, experts will transport the ship to the Kennedy Space Center, Florida, to prepare for launch into space. Lucy’s launch time frame starts from October 16, 2021.

Lucy will fly through the main asteroid belt, to the space around Jupiter to study eight meteors in about 10 years. The ship will make its first close to the asteroid in April 2020.

“Of course it took Lucy several years and millions of kilometers to fly before she could reach her goal of discovering Trojan asteroids. However, seeing the ship maturing is still a great thing,” said Hal Levison. , planetary scientist at the Colorado Southwest Research Institute, says.

NASA has conducted many asteroid research missions but never visited the Trojan asteroid group. They split into two large clusters that move around the Sun, one behind Jupiter, and one in the front. Lucy will also study the solar system’s main asteroid belt along the way.

The scientists hope the new mission will provide more detailed information about the main types of meteorites in the two Trojan clusters. They can contain water that lurks deep below the surface. The time these celestial bodies appear close to the solar system, so they act as fossils to help scientists understand more about the formation of the whole system.