The ship weighing almost half a ton will burn and break in its journey through the Earth’s atmosphere at high speed. 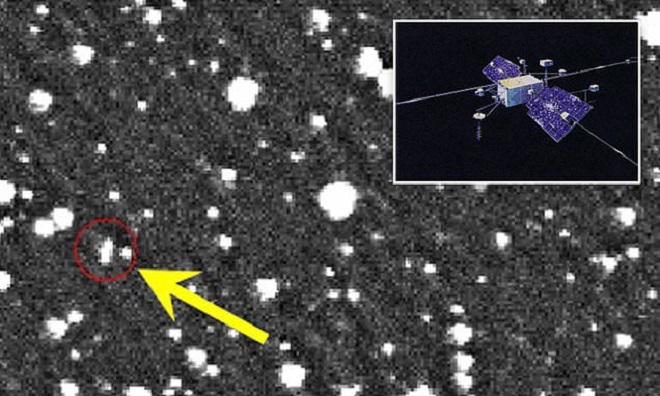 The OGO-1 is falling to Earth in NASA data. Photo: Space.

The Orbiting Geophysics Observatory 1 (OGO-1) spacecraft launched in September 1964 to study the Earth’s magnetic field and how our planet interacts with the Sun. This satellite collected data until 1969. It was officially deactivated in 1971 and has been flying quietly around the Earth in an elliptical orbit ever since. But the OGO-1’s lifespan is not much. New observations show that the Earth’s gravity is acting on a 487 kg satellite. As expected, it will catch fire when it falls through Earth’s atmosphere later this week.

“OGO-1 will retrace from one of the three sub-point, the closest point to Earth in the orbit of the spacecraft. NASA estimates that OGO-1 will fall back to Earth at 4:10 a.m. on August 30, Hanoi time. above the South Pacific waters, between Tahiti and the Cook Islands, spacecraft will shatter in the atmosphere and pose no danger to humans, which is the last common activity in a shutdown.

The new observations come from the University of Arizona’s Catalina Sky Survey (CSS) survey project and the University of Hawaii’s Asteroid Terrestrial-impact Last Alert System (ATLAS). Both systems detect a small object charged towards the Earth. Analysis by researchers at CSS, the Center for Near-Earth Objects (NEO) of the NASA-managed Jet Propulsion Laboratory and the European Space Agency’s NEO Coordination Center, reveals the object. Not asteroids, but OGO-1 ships.