Sunlight shines through tiny droplets of water that shoot up from the sea surface, creating a variety of vibrant colors. 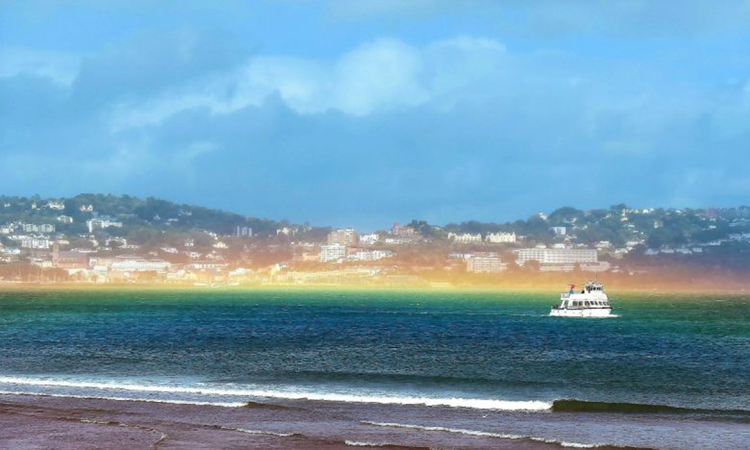 A flat rainbow appeared in the sea after a storm. Photo: Sun.

A rare flat rainbow appeared at Paignton Beach, near Torbay District, Devon County, Sun on August 27, reported. This happened after storm Francis passed. The storm wider than 1,100 km was accompanied by winds at speeds of 130 km per hour and heavy rain.

Experts believe that flat rainbows are formed by sunlight shining through water dust. “It seems that strong winds from Hurricane Francis have lifted the dust out of the sea. Then, similar processes with normal rainbows take place. Tiny water particles reflect, refract and scatter sunlight, creating a should be colorful, “said a weather agency representative of Met Office.

However, this is the spray of water rising from the sea surface, so the rainbow is not curved, but has a flatter shape, different from the rainbow caused by small droplets of water in the sky or rain, Met Office explained. The sea scene is like a rainbow mist with overlapping bands of color.

Residents will likely see more flat rainbows in the coming days due to bad weather. Even though Hurricane Francis passed, experts predict it will continue to rain and temperatures will remain below 20 degrees Celsius.