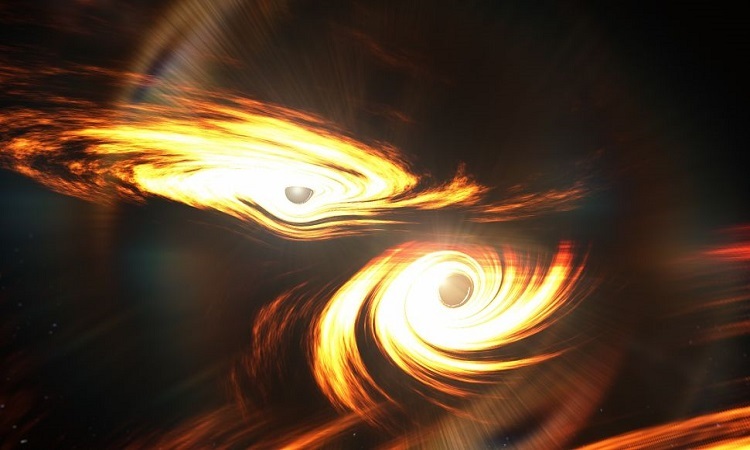 The GW190521 gravitational wave signal from the largest black hole collision ever discovered in the universe transmitted to the two probes of the Gravitational Wave Observatory using the LIGO laser interferometer in the US and Virgo in Italy on May 21. / 2019 after space transmission for 7 billion years. Those ripples are traces of the merger of at least two black holes that are 85 and 66 times larger than the Sun. On impact, they form a black hole 142 times heavier than the Sun. The missing matter equivalent to the 9 Suns was converted into energy during the impact, causing a shock strong enough for LIGO and Virgo to detect and interpret the signals.

The shock shook the space around the Earth in just 0.1 seconds after traveling longer than any other gravitational wave ever recorded. But through waveform analysis, the researchers are able to determine the type of black hole that caused the event and their magnitude.

This event is the largest black hole collision ever detected by gravitational waves. In a split second, the two merged black holes release energy eight times greater than the total energy stored in all of the Sun’s atoms in the form of gravitational waves, like detonating more than a million billion atomic bombs. per second for 13.8 billion years.