After crossing a fifth of the way to Mars, Hope Ship for the first time photographed the red planet that appeared ahead. 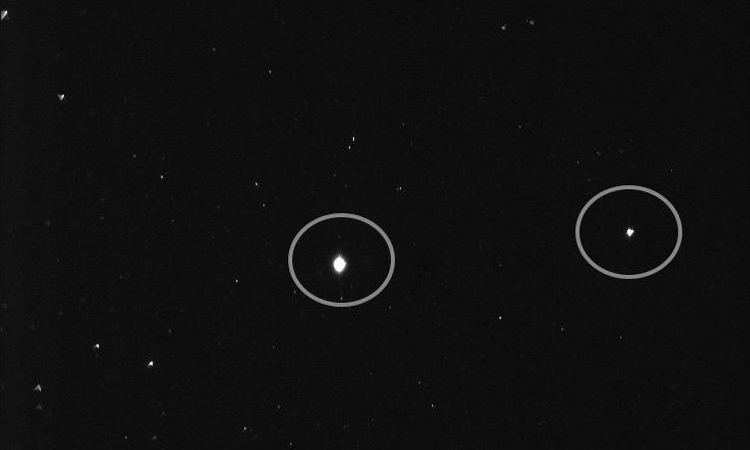 A star tracking device on the Hope ship captures a photo of Mars ahead. Photo: Space.

The Hope probe has officially flown 100 million km on the journey to the red planet, Prime Minister of the United Arab Emirates (UAE) Mohammed bin Rashid Al Maktoum announced on Twitter on August 24. “Mars appears in the front, like in the picture taken by the ship’s asterisks. In the back are Saturn and Jupiter. Hope is scheduled to go to Mars in February 2021,” Mohammed wrote.

Jupiter (left) and Saturn (right) are behind Hope. Photo: Space.

Hope left the launch pad in Japan on July 20, marking the first time an Arab nation had launched a ship out of orbit. After a month, the ship flew about a fifth of the way.

The star tracking device is designed to help Hope stay on the right track, telling the ship exactly where it is now. In addition, Hope also brought with him a traditional camera to use when he arrived on Mars and started his science work. Hope will study Mars’ climate and atmosphere for almost two years.

During the journey, the team of experts predicts that the ship will need about 6 orbital adjustments. The first took place earlier this month.

“We have completed the first orbital adjustment. This is the first test of Hope’s trajectory and thrust control system, and the first time six Delta-V thrusters have activated. The engine burned in 21 seconds, keeping the ship on its way to Mars. We are very pleased with the Hope’s performance to date, “said Omran Sharaf, project manager of the Hope mission.