An astronaut takes pictures of the giant Blue Hole and the Lighthouse Reef off Belize from the International Space Station. 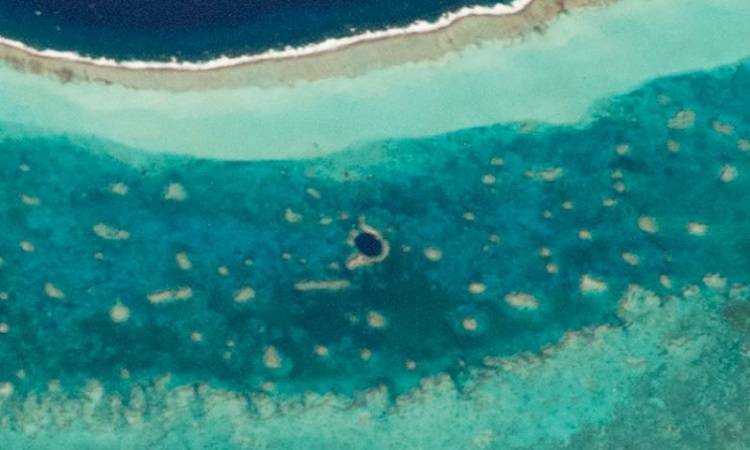 The Great Blue Hole is seen from space. Photo: NASA.

The US Aerospace Agency (NASA) shared a photo of a member of the 62nd squadron’s Great Blue hole as the ISS station flew over the Caribbean Sea in March 2020. The Great Blue is the largest underwater sink in the world, about 305 meters wide and 122 meters deep. The sinkhole is located about 80 km offshore from the coast of Belize.

Experts believe that the Great Blue was formed hundreds of thousands of years ago as a limestone cave when the sea level was lower than today. At the end of the last Ice Age, sea levels rose and caves were flooded. Despite the abundance of life around the Lighthouse Reef, the lack of light and low oxygen circulation at the bottom of the Great Blue hole mean very few organisms can survive, according to NASA’s Earth Observatory. there.

Recently, the deepest points of the pit have been discovered. In 2018, the team including Richard Branson and Fabien Cousteau explored the bottom of the sinkhole to create a 3D map of the interior texture. According to the explorer and pilot of the submarine Erika Bergman, who participated in the diving into the Blue Hole, their team found there was no oxygen below the layer of hydrogen sulfate.

“Without oxygen, nothing can exist,” Erika said. “Underneath the layer of hydrogen sulfate is very dark. Looking straight from the inside of the submarine, you almost only see the circular rim of the crater. All the light that falls into the pit is blocked by the thin chemical layer.”

Exploring life inside the blue hole is part of a research project by the US National Oceanic and Atmospheric Administration (NOAA). Last year, scientists also explored the Amberjack hole off the coast of Florida, measuring the amount of nutrients and compounds at the bottom, and sampling the core layer.