Legendary Dennis Bergkamp – an unbeaten Arsenal member in the 2003-2004 season – was offered the job of assistant coach in place of Freddie Ljungberg.

Before questioning Dennis Bergkamp, coach Mikel Arteta considered his former teammate Santi Cazorla as an assistant. However, the Spanish midfielder wants to continue playing professionally after leaving Villarreal, and has joined Qatar Al Sadd club, where Xavi is coach. 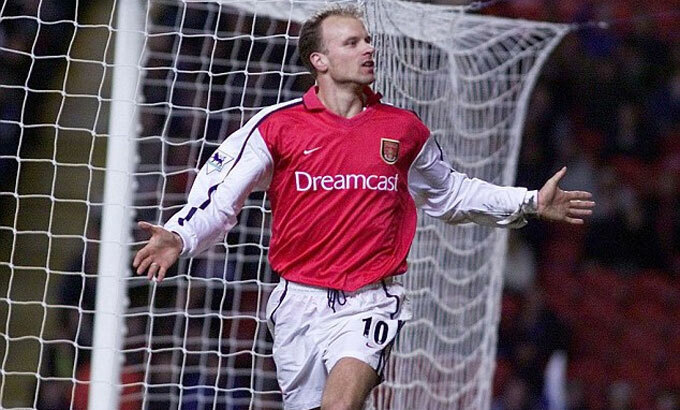 Bergkamp joined Arsenal from Inter in the summer of 1995, and was the club’s transfer record at that time. Photo: Reuters.

In the plan to restore identity for Arsenal, Arteta wants a former “Gunner” as the right hand man. As a result, he turned to Bergkamp, who had 11 years at Arsenal and six years of experience as an assistant at Ajax, under Frank De Boer and Peter Bosz.

“I really care about Arteta’s plans and what he is doing. There are signs that Arteta wants to change the current Arsenal philosophy,” Bergkamp replied of rumors as an Arsenal assistant. “If the moment is right, I want to go back to Arsenal and look for the right role. I spent 11 years there and feel comfortable going there.”

Along with Eric Cantona, Bergkamp is considered the pave the way for the Premier League to reach the world thanks to its reputation and lavish gameplay. He won three Premier League titles, four FA Cups and was a member of the 2003-2004 unbeaten squad. Bergkamp’s most memorable moment at Arsenal, was the turn to score against Newcastle in 2002. Bergkamp’s contribution was honored by Arsenal with a large statue outside the Emirates Stadium.

The position is being offered to Bergkamp, in the early stages of the Arteta era, by Freddie Ljungberg. However, due to some problems, the former Swedish midfielder only worked for a while and then returned to knocking the young head at Arsenal’s academy.