According to ESPN, Lionel Messi called to invite former teammate Neymar to move to Man City with him.

After Messi asked Barca to let him go, it was revealed that the Argentine striker called his former teacher Pep Guardiola to discuss a move to Man City. However, it seems that Messi is not only communicating with Guardiola. On August 26, ESPN reporter Jorge Nicola reported that Barca captain called Neymar – the star of PSG – and invited his former teammate to join Man City. 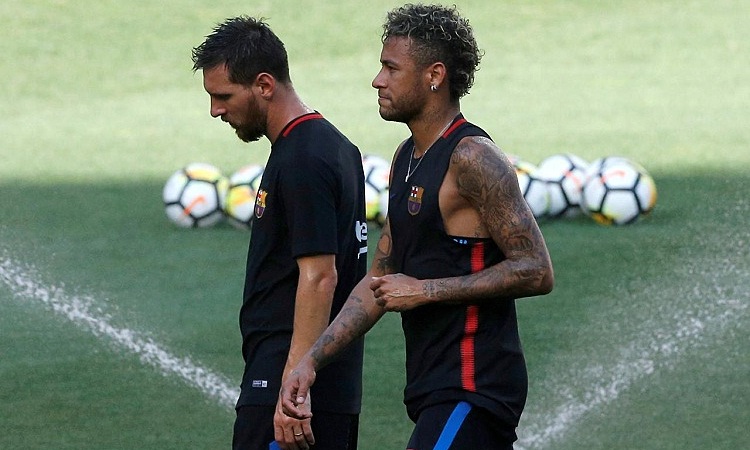 Messi once again expressed his desire to work with Neymar again. Photo: Reuters.

Messi and Neymar played successfully at Barca, before the Brazilian moved to PSG in the summer of 2017 for a record $ 263 million. In recent transfers, there have been rumors about Neymar wanting to return to Barca. Even the Spanish press revealed that at times Messi persuaded Neymar to return to the Nou Camp.

However, Neymar has two years left with PSG. Unlike previous years, the 28-year-old striker just had a successful season when he joined the French champions in the Champions League final and won three domestic titles. Therefore, Neymar may not want to switch clubs. ESPN believes that Neymar has not yet responded to Messi’s offer.

PSG has repeatedly expressed a tough attitude that they do not want to sell Neymar. More importantly, this deal only happens if Man City accepts a large transfer. That is unlikely after the Etihad team was “touched” by UEFA because of a violation of the Financial Fairness Law in February.