US Navy warships passed through the Taiwan Strait for the second time in two weeks amid rising US-China tensions.

The US Navy said today that the Arleigh Burke class guided missile destroyer USS Halsey conducted “regular transit through the Taiwan Strait” on August 30 in accordance with international law.

“The transit of ships through the Taiwan Strait demonstrates the US commitment to a free and open Indo-Pacific. The US Navy will continue to dispatch aircraft, ships and operate at its base. wherever international law allows, “said representative of the 7th Fleet of the US Navy Reann Mommsen said.

The Taiwanese defense agency said the destroyer headed south through the strait and continued in this direction. According to the agency, the ship is performing “normal duty” and the situation is “normal”. 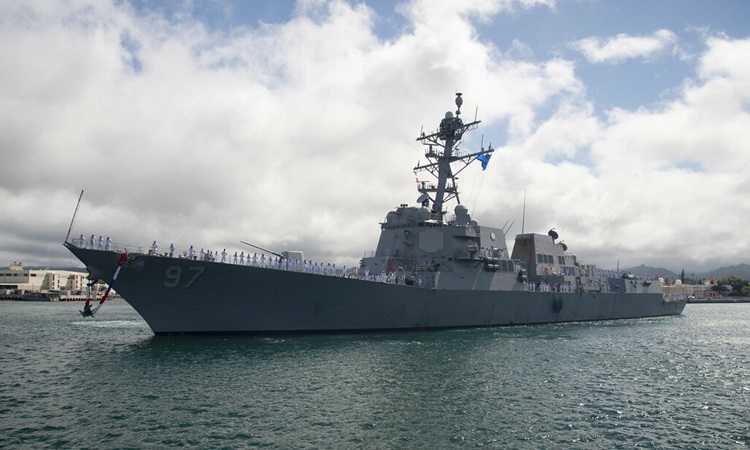 The US Navy’s USS Halsey was anchored at Pearl Harbor in May 2018. Photo: Navy.

The US has maintained a strong military presence in waters near China in the past six months. Taiwan also increased the mobilization of defense forces in the region. Taiwan’s new constituent armed battalions on August 18 held anti-amphibious exercises in the north of the island.

China considers Taiwan a part of territory, willing to use force to unify if necessary and asserted that crossing the strait is a violation of sovereignty, while the US and many countries see this route as waters. international. Beijing has recently increased pressure on Taipei, repeatedly holding large-scale exercises around the island of Taiwan with the most modern equipment on service.