Johann Georg Elser was born on January 4, 1903 in Hermaringen, the state of Baden-Wurttemberg, Germany, the son of Ludwig Elser and Maria Muller. Although not fast in thinking, Elser is very good at manual work and started to help his father at the carpentry factory at the age of 14.

By 1919, he started making furniture, then transferred various jobs such as worker to a watch factory, or crafted wood for use in watchmaking. In 1936, Elser went to work at the Waldenmaier weapons factory in Heidenheim city run by the Nazis. This job gives him access to bomb materials such as black explosives and detonators.

Elser rarely reads newspapers and has little or no interest in politics, other than its impact on the labor movement. Elser had joined the paramilitary organization of the Red Front Warriors’ Confederation in the 1920s but had not long been attached to the organization and was believed to have only participated in order to be able to play on their trumpet squad. 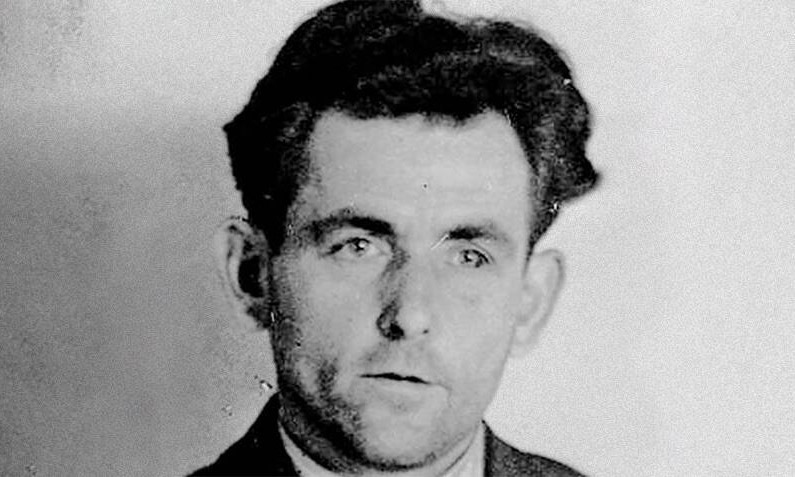 Even so, Elser is said to hate the Nazis, especially the economic policy with long working hours and very few vacations. In addition, workers often owe wages and unions are not allowed to operate. Elser was furious that Nazi members enjoyed more privileges than ordinary citizens like him.

In 1938, Elser determined to resolve his frustrations by planning to assassinate fascist boss Adolf Hitler. “I think the situation in Germany can only change by removing the current leadership, including Hitler, Hermann Goring and Joseph Goebbels,” replied Elser when questioned by the Nazi Gestapo Secret Service. about the motive for assassination of Hitler.

In the process of defining a specific time and place for the plan, Elser aims to have an annual event on November 8, when Hitler visits the Burgerbraukeller pub in Munich to celebrate the Brewery Coup, an effort to die. of the fascist tycoon and the Nazi party to overthrow the Weimar Republic government in 1923.

In November 1938, Elser went to Munich to scout the Burgerbraukeller pub to plan an attack and pull out two important things. At first, the security at the pub was very lax, as the forces protecting Hitler were high-ranking members of the Nazi party, instead of the Munich police. Second, Elser noticed a stone pillar behind the podium to support the large balcony above.

According to Elser’s calculations, a large bomb placed in a pillar is capable of collapsing the entire balcony, burying not only Hitler but also more officials and his supporters. With just a year of preparation, Elser quickly got into action by stealing nearly 50 kg of powerful explosives and detonators from the Waldenmaier factory.

In April 1939, Elser went to Munich again to photograph the Burgerbraukeller pub, for the measurements of the hall and stone pillars. Then, he began to design an elaborate timer bomb. That July, Elser tested several bombs in a parent orchard.

When satisfied with the result, Elser arrived in Munich in August 1939 to begin the final preparations. Elser regularly went to Burgerbraukeller for dinner and became regular customers. Next, he hid in the storage room until the shop closed, then began the process of gouging holes in the stone pillars to contain bombs.

Work proceeded very slowly, as Elser spent the entire three nights just removing the wood around the pillar. Next, he used a hammer and chisel to cut holes, timing it so that the hammer hits coincided with the moment when the building’s toilet automatically flushed and traffic passed, in order to avoid noise.

Elser also carefully cleaned up the dust and rocks, installed the replacement wood around the pillar, then exited through the side door early in the morning before the pub opened. It took him 35 nights to punch holes and set up the bomb inside the pillar, set up two timers for increased certainty. In order to minimize timer noise, Elser lined the oak case inside the hole.

According to Elser’s research, each year Hitler started his speech at around 20:30 and spoke for 90 minutes. Therefore, he timed the bomb’s detonation at 9:20 p.m. in the middle of his speech. However, the fascist boss is said to have once said he possessed “evil luck”, and Elser’s calculations were inaccurate due to random incidents.

Hitler initially planned to fly back to Berlin after completing his speeches on his plans for the war in Munich. However, the meteorological agency warned that there would be a dense fog on November 8, hindering the travel by air, so the fascist changed to the option to return to Berlin by private train. To catch the train, the speech had to start 30 minutes earlier than usual and shorten to an hour.