Hurricane Laura swept through Louisiana on August 27, killing six people and damaging many homes before moving to Arkansas.

Hurricane Laura accompanied by a gust of wind caused the trees to uproot, crushing 4 people to death. The Louisiana Department of Health said on the evening of August 27 that there were two more fatal storm deaths, one from drowning in a boat wreck and one from carbon poisoning from running an indoor generator. 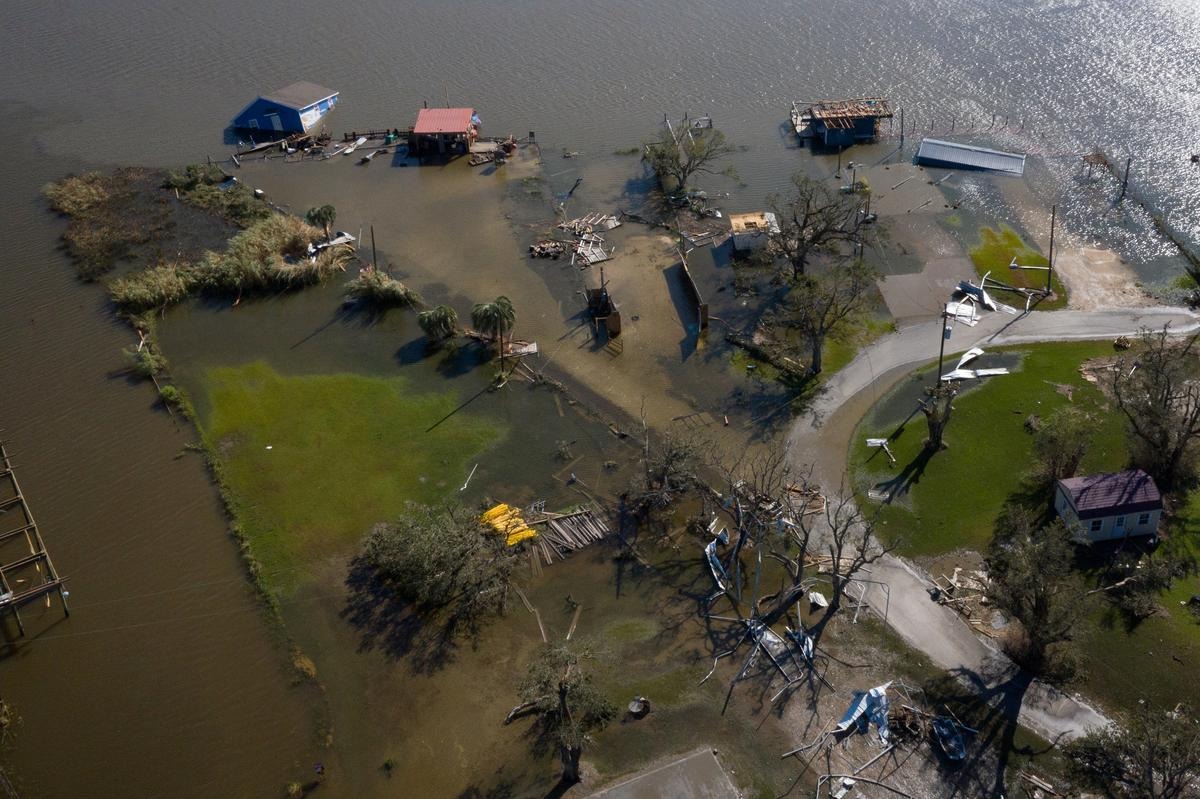 A woman walks past an uprooted tree near her home after Hurricane Laura in Lake Charles, Louisiana on July 27. Photo: Reuters

The fire broke out at a chemical plant in Westlake during almost 24 hours after the storm arrived. Immediate damage was less than expected, but officials said Hurricane Laura was still very dangerous and it would take days to assess the damage. At least 867,000 homes and businesses in Louisiana, Texas and Arkansas were out of power.

“This is the strongest storm ever to make landfall in Louisiana,” said Governor John Bel Edwards. “It continues to cause damage and threaten people’s lives”.

The US Center for Meteorological Forecasting (NHC) downgraded Hurricane Laura warning to a tropical hamlet last night, forecasting it would move to the Mississippi Valley on the evening of August 28 and to the Central and Greater states. Atlantic on August 29.

Strong winds from Hurricane Laura leveled buildings over a vast expanse of land, creating a wall of water 4.6 meters high that crashed over the tiny Cameron area of Louisiana, where the storm made landfall at 1 o’clock. People across the state can feel the fierce tropical storm winds. Governor Edwards warned the death toll could increase.

The residents of Ho Charles heard the howl of the storm’s wind and the sound of windows breaking as the storm swept through the city of 78,000 people with winds of 137 km / h and winds up to 206 km / h.

The National Guard cleared the streets of Lake Charles on the afternoon of August 27. Power lines around the city were knocked down, the wind tilted a truck.

The wind blew the windows of the 22-story Capital One Tower and traffic signs. Pieces of wooden fence and trash from buildings are scattered on the street. Borden Wilson, 33 years old, a pediatrician, a resident of Ho Charles was very worried about his home when he was evacuated to Minden, Louisiana.

“I didn’t even reinforce the windows. I thought it shouldn’t be. This was the first major storm I ever experienced, just hoping the houses were okay,” said Wilson.