Had it not been for information that Soviet spy Oleg Penkovsky had slipped into the United States, the Cold War was believed to be in danger of exploding into hot conflict.

Oleg Penkovsky was born on April 23, 1919 in the Russian city of Vladikavkaz and joined the Red Army in 1937, a time when the main concern of the Soviet army was defeating Nazi Germany. During World War II, Penkovsky acted as an artillery officer.

After being wounded in a battle in 1944, Penkovsky left the army, attended the famous Frunze Military Academy and graduated in 1948. He continued to study at the Military Diplomatic Academy from 1949 to 1953, then formally became an officer for the Soviet Army’s intelligence agency (GRU), working in Moscow. Soviet intelligence colonel Oleg Penkovsky, who spies on both the CIA and MI6. Photo: Metaweb.

GRU is responsible for preventing any external threats, with staff possessing “hidden” talent, knowing how to take advantage of potential “pawns”. Compared to the Soviet National Security Commission (KGB), which focuses on internal problem solving, the GRU has more geopolitical impact.

The shift from the military to the GRU shaped the rest of Penkovsky’s life. By 1960, he became an intelligence colonel, serving as deputy director of the foreign division of the State Scientific Research Coordinating Committee for two years. In this position, Penkovsky was responsible for collecting and evaluating the internal scientific and technical information of the West, and was arguably increasingly frustrated about his own country.

That year, Penkovsky sent a message to the US Central Intelligence Agency (CIA) through two American tourists. “Consider me your warrior. From now on, your ranks of your armed forces have increased by one person,” the message read.

Meanwhile, the British Secret Intelligence Service (MI6, now known as SIS) was trying to infiltrate the Soviet State Science and Technology Commission through Greville Wynne, a British businessman recruited to do this mission.

In April 1961, Wynne went to London, bringing with him a large amount of documents and videos provided by Penkovsky for delivery to MI6. At first, MI6, like the Americans to whom they passed their documents, were skeptical. After Penkovsky asked Wynne to arrange a meeting with those suspicious of him, the Soviet intelligence colonel became a spy for the West under the alias “Hero”.

Penkovsky provided the West with top secret documents, war plans, military secrets, and even information about nuclear missiles for the next two years. They are often smuggled through links such as Wynne, which the CIA secretly named “Ironbark”.

Penkovsky hid the materials in cigarette packs and candy boxes, then placed them in pre-approved public places. This method led him to hand over documents to the West without attracting attention. In addition to Wynne, Penkovsky had another “middleman”, Janet Chisholm, wife of Ruari Chisholm, an MI6 officer disguised as a visa officer at the British embassy in Moscow.

Since Penkovsky’s work required moving to England, the Russians did not initially suspect that he was a spy. The colonel even participated in questioning sessions with the CIA and MI6, with a total duration of 140 hours, providing valuable documents and more than 5,000 photographs of the Soviet Union.

These documents were aggregated in about 1,200 pages of content that the CIA and MI6 assigned to 30 translators and analysts to process. Based on information provided by Penkovsky, US intelligence assessed the Soviet nuclear capabilities of the Soviet Union far less than the US arsenal. This statement played a “vital” role in the Cuban Missile Crisis.

The Cuban Missile Crisis began on October 14, 1962, in the midst of the Cold War at its height, leaving the world in danger of nuclear war. An American U-2 spy plane took pictures of missile bases in Cuba, from which the United States assumed the Soviet Union was preparing its own arsenal.

Over the next two weeks, US President John Kennedy and Soviet Prime Minister Nikita Khruschev entered tense negotiations, with “secret ace” in American hands. These are the Penkovsky documents.

According to documents provided by the intelligence colonel, besides the fact that the Soviet arsenal was small and much weaker than previously estimated by the US, the navigation and refueling systems were also inoperable.

Penkovsky’s information combined with photographs of U2 aircraft help the United States know the exact locations of the Soviet missile launchers, most importantly, that they cannot reach too far. This secret helped Kennedy dominate the negotiations, preventing the US and the Soviet Union from falling on the brink of nuclear war.

After 14 days of deliberate negotiation, on October 28, 1962, Khruschev agreed to withdraw Soviet weapons from Cuba, helping the world to breathe a sigh of relief. 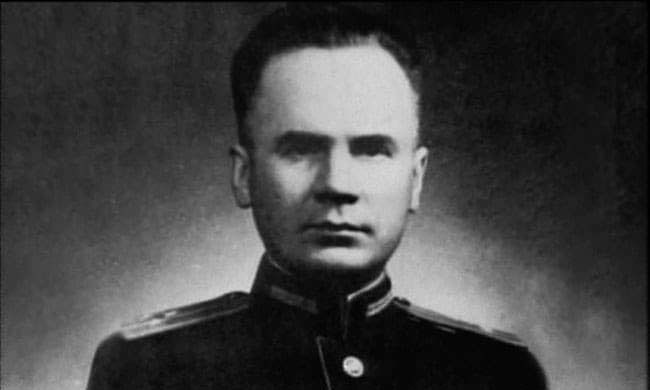 However, Penkovsky did not receive a happy ending. He was arrested six days before the Cuban Missile Crisis was successfully resolved. It is still unclear exactly how Penkovsky was discovered. One of the hypotheses was that the Soviet Union tracked down Ruari Chisholm, husband of “the middleman” Janet Chisholm. Ruari used to work with a man named George Blake, a hidden KGB agent.

Penkovsky’s public trial took place in May 1963. In addition to dissatisfaction with the government, one of the alleged motives for his “treason” was not being promoted to the rank of general.

In the Soviet Union, espionage is a felony. Therefore, the “father” agent must receive the death penalty. Alexander Zagvozdin, the head of the KGB’s interrogation division, said Penkovsky “probably was interrogated hundreds of times” before being shot.

Meanwhile, a GRU agent named Vladimir Rezun said he had seen footage of Penkovsky being tied to a stretcher inside a crematory and burned alive. Either way, the person believed to have prevented nuclear war died on May 16, 1963.