A Beirut port worker, who fell into the sea and disappeared after the explosion in the Lebanese capital, was found alive nearly 30 hours later.

Local media reported today that Amin al-Zahed was blown into the sea during an explosion in the port of Beirut on August 4. His photo was later posted on locatevictimsbeirut, an Instagram page set up to help find people missing from the explosions in the Lebanese capital.

However, 30 hours later, images appeared on social media showing a rescue team member next to a bloody man lying on the deck. This man is believed to have been found in the Mediterranean Sea with severe injuries but is still alive. 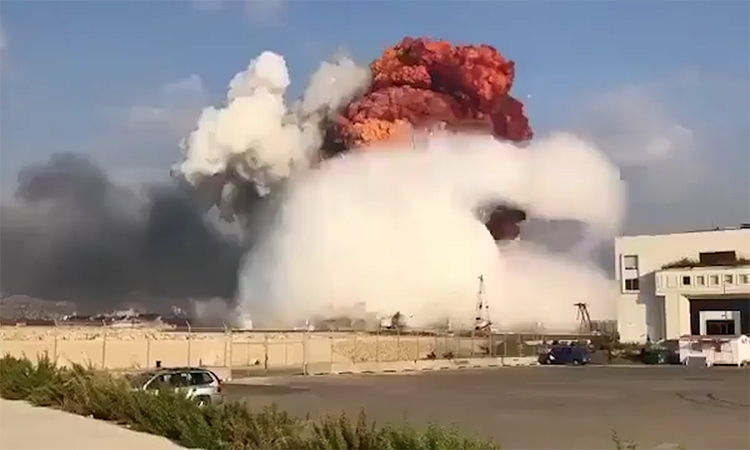 Rescuers sit next to the man believed to be worker Amin al-Zahed on the Mediterranean Sea on August 5. Photo: Alarabiya.

Al-Arabiya site then Al-Zahed was then transferred to the Rafic Hariri University Hospital in Beirut for treatment.

Al-Zahed’s family looked at this picture and realized it was him. However, a family spokesman today told Lebanese TV that they went to Rafic Hariri University hospital for a check but could not find him. There are currently no further details on how Al-Zahed survived or his status.

The Lebanese capital, Beirut on August 4, was shaken by an explosion in a warehouse of 2,750 tons of ammonium nitrate at the harbour. At least 145 people were killed, 5,000 injured, and about 250,000 were homeless due to the disaster. Dozens of people are still missing.

While searching, rescue workers discovered a girl lying among the wreckage of a collapsed building. This girl survived 24 hours after being buried.