Protesters sent a letter to King Maha Vajiralongkorn with three main requests, including: Reforming the monarchy, Prime Minister Prayuth Chan-ocha and his government resigning and drafting a new constitution, the people owner, replacing the current constitution. 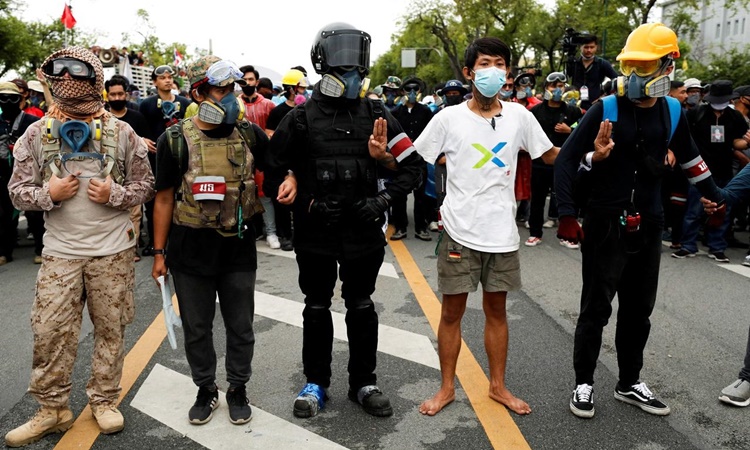 The crowd of protesters declared victory after sending the letter. “Our biggest win over the past two days has been to show that ordinary people like us can send letters to royalty,” Parit activist “Penguin” Chiwarak said in front of the crowd.

The protesters then disbanded, not marching to the Government Building as planned earlier. Yesterday, the demonstration also took place and attracted up to 50,000 people.

Phakphong Phongphetra, head of the Bangkok police station, said in a video broadcast on television that the second picture would be sent to the police headquarters to decide how to proceed next.

The royal family has not yet commented. The king is not currently in Thailand.

Prime Minister Prayuth, who has been in power since 2014, thanked both protesters and police for his peaceful action. He also called on the Thai people to work together to overcome the challenges facing the country, including the Covid-19 pandemic.

Protests have been held in Thailand since mid-July to demand the government resign, build a new constitution and hold elections. Up to now, these events have taken place in peace.

Thailand has experienced a series of violent protests and coups, with more than 10 military intervention, since the end of the tyrannical regime in 1932. Prime Minister Prayuth declared the government allowed demonstrations but the request for reform of the monarchy was not acceptable.