The burnt wooden statue of America’s First Lady Melania Trump is located in an art gallery in the coastal town of Koper.

“This object (burnt statue) somehow visually shows the political tensions that are erupting in my country and not just mine,” said the American artist living in Berlin Brad Downey on September 2. , referring to the American First Lady wooden statue. He is also the one who came up with the idea of carving a statue of Mrs. Melania.

The statue was inaugurated in July 2019, recreating the First Lady of the United States in a blue dress at President Donald Trump’s inauguration in 2017. The statue has a lifelike size, carved on the tree trunk by machine saw in the town of Sevnica, home to Mrs. Melania. Downey commissioned local folk artist Ales Zupevc to perform. 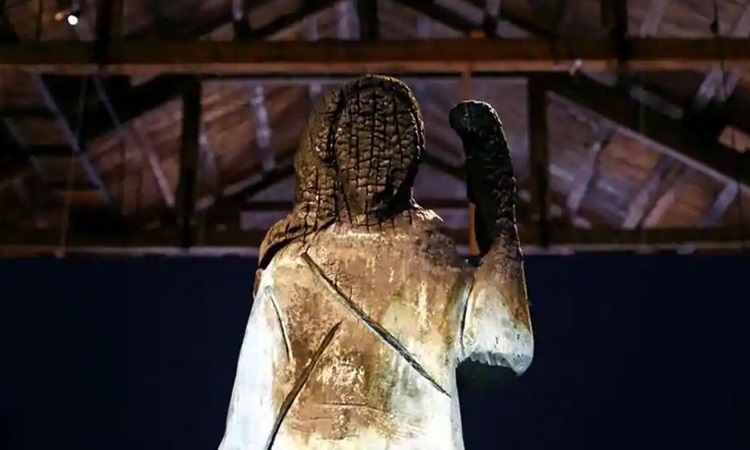 The wooden statue of America’s First Lady Melania Trump caught fire at an art gallery in the coastal town of Koper, Slovenia, on September 2. Photo: Reuters.

The statue’s face was rough and did not have features on the face of Mrs. Melania. However, the statue was burned by unknown people on the night of the US National Day 4/7 and was removed the next day.

Downey said he created Melania statues to inspire a dialogue about the political situation in the US, underlining Melania’s status as an immigrant woman marrying the American President. Immigration restrictions.

The First Lady’s office has not yet commented on the incident.