Ukraine: The attack on the Su-27 fighter incorrectly estimated the landing point, nearly leading to a catastrophic accident during a landing exercise on the highway.

The incident occurred when the team of two Su-27 heavy fighters Ukraine rehearsed to land on the M06 highway connecting the capital city of Kiev and the western city of Chop, on August 27.

Video released by Ukrainian television shows an Su-27 landing on the road surface, but apparently the pilot miscalculated and hit the ground earlier than expected. The plane ran just above the median and crashed into a traffic sign, causing it to get caught in the engine air intakes. The pilot pulls the nose of the plane, causing the Su-27 to bounce and hit the ground in a safe landing position after a few seconds.

No one was injured. The image posted by the Ukrainian soldiers on social media later showed that part of the air intakes and the radar radiation warning cluster on the left side of the plane were torn, while many parts of the shell were distorted due to the collision. 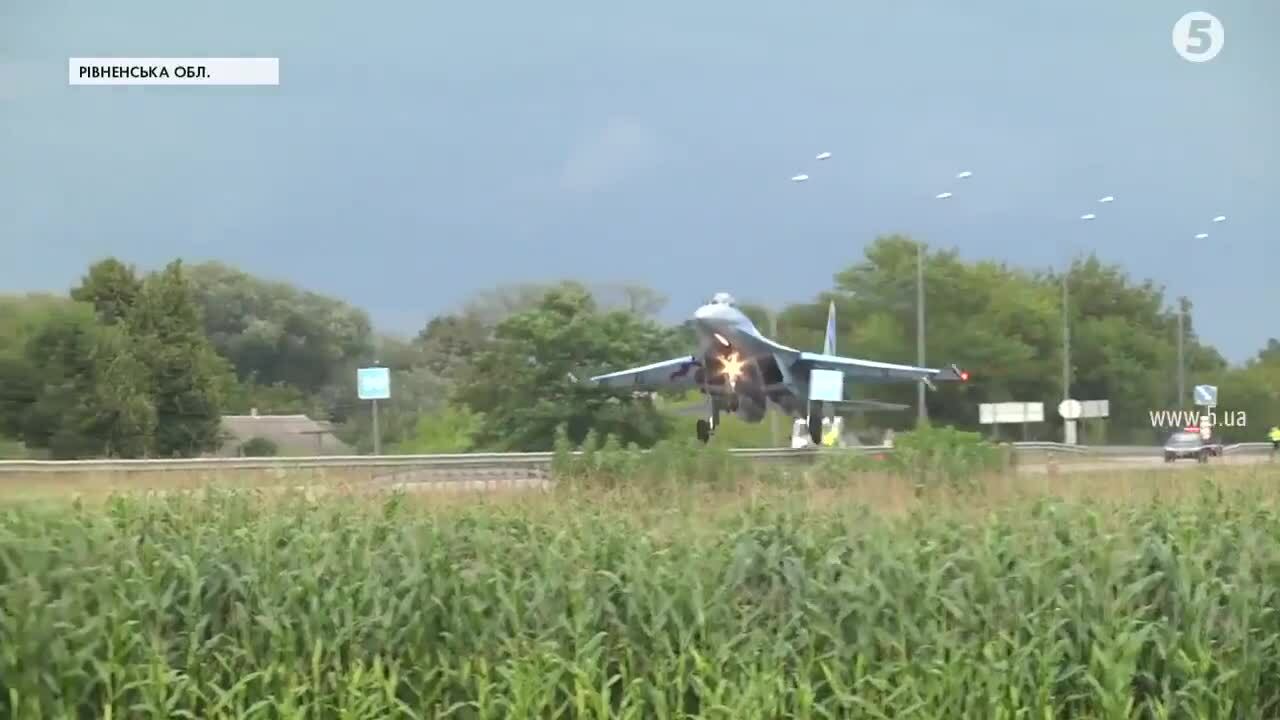 Signs stuck on the engine inlet of the Su-27 after the incident. Photo: Defense Blog.

Highway takeoffs are a beneficial skill in war, when military airfields become the first target of attack. Defensive forces can disperse planes to secret locations and then take off from the highways for a counterattack, surprising the enemy.

To prepare for takeoff exercises on highways, militaries often have to remove all medians, signs in the middle and the two sides of the road. Specialized vehicles have also been deployed to remove debris that was dropped on the road by vehicles, to prevent them from being sucked into the aircraft engine and lead to accidents. Soldiers also have to use guns and flares to keep birds away, reducing the risk of accidents.