The Dutch King and Queen apologized after taking a photo with a restaurant owner in Greece, violating regulations on social distance.

“A photo appeared on social media showing we were standing too close. For a moment of inadvertent we didn’t pay attention to the rules,” King Willem-Alexander and Queen Maxima apologized on Twitter. On August 24, a photo of the couple taken with the owner of a restaurant on Mykonos Island, Greece.

“We should have followed the rules. During the holidays too, compliance with the rules of spacing was essential to defeat the virus,” wrote the King and Queen of the Netherlands. 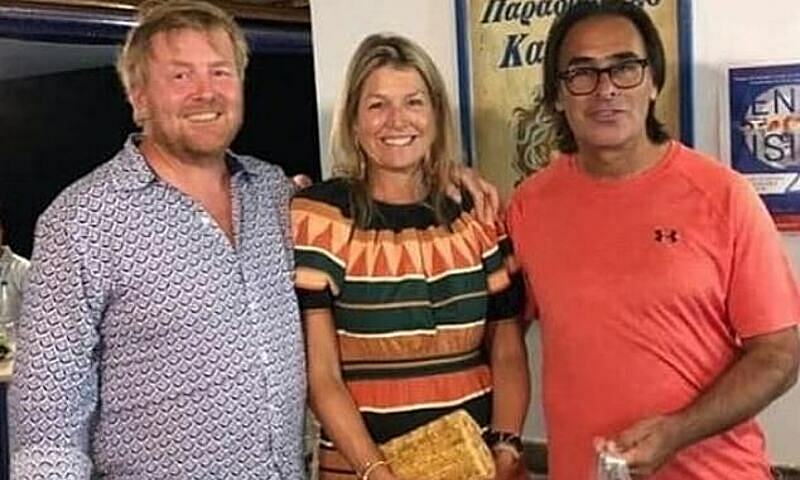 King Willem-Alexander (left) and Queen Maxima pose for a photo with the owner of the restaurant on the island of Mykonos, Greece. Photo: Instagram.

Dutch TV show RTL Nieuws leads a photo of an anonymous photographer showing the 53-year-old king, wearing a shirt, a mask in one hand, and the other over the queen’s shoulder, 49 years old, standing close to the master restaurant in Greece during a vacation. The author of the photo did not specify the time of the shoot, but called the movements of the royal members “wrong”.

In March, the Dutch king and queen had to quarantine themselves after a ski vacation in Austria, where dozens of nCoV infections were found. The Dutch government has recently recommended that the people of this country be very cautious and strictly abide by the rules of social distance after the number of Covid-19 cases has skyrocketed.

In 213 countries and territories Covid-19 has appeared, after the outbreak in December 2019 in Wuhan, China, caused more than 23.8 million people infected, more than 817,000 people died. The Netherlands recorded more than 67,000 cases and more than 6,000 deaths.