As the mother of members of the Barker-Karpis gang, Ma Barker witnessed his children carrying out a series of robberies, kidnappings and murder in the years 1920-1930.

Ma Barker was born in Ash Grove, Missouri on October 8, 1873, from an ordinary family, to Scottish and Irish descent. As a teenager, Barker had seen the infamous criminal Jesse James and his gang pass through town and that awakened her desire to adventure and outlaw her life.

In 1892, she married George E. Barker., Lived in Aurora, Missouri and had four children Herman, Lloyd, Arthur and Fred. The FBI described George Barker as a “lazy, unadulterated man” and his family living in poverty. In 1903 or 1904, the Barker family moved to Webb City, Missouri and then to Tulsa, Oklahoma around the time Herman finished high school.

When they reached adulthood, Ma Barker’s children all joined the “underworld”. Herman was arrested in 1915 in Joplin, Missouri for highway robbery. Over the next several years, Herman and his boys used to hang out with thugs in the vicinity of Forsythe Lincoln School in Tulsa, gradually joining the Central Park gang.

Barker does not prevent the children from entering the path of crime, nor does he correct them. “If the good people in this town don’t like my kids, the good people know what to do,” she used to say.

On August 29, 1927, Herman’s eldest son committed suicide to avoid prosecution after carrying out a robbery and shooting a policeman. By 1928, the remaining three children were incarcerated, Lloyd served in federal prison in Leavenworth, Kansas, Arthur in Oklahoma State jail and Fred in Kansas state prison.

Ma Barker “kicked” her husband out at that time and lived in poverty between 1928 and 1931, when her children were imprisoned.

Things started to turn in a different direction when, in the spring of 1931, Fred was suddenly released through amnesty. Fred and his inmate Alvin Karpis founded the Barker-Karpis gang, using the shabby house Ma Barker lived in as a “lair”.

On December 18, 1931, Fred and Alvin robbed a department store in West Plains, Missouri. They were caught by police C. Roy Kelly in a garage the next day. Fred shot police Kelly four times, of which two bullets hit the heart, causing him to die instantly.

That event kicked off a series of crimes including gang robbery, kidnapping and murder. Law enforcement considered Ma Barker to be an accomplice of the gang and offered a reward of 100 USD (1,900 USD at today’s prices) to arrest her. 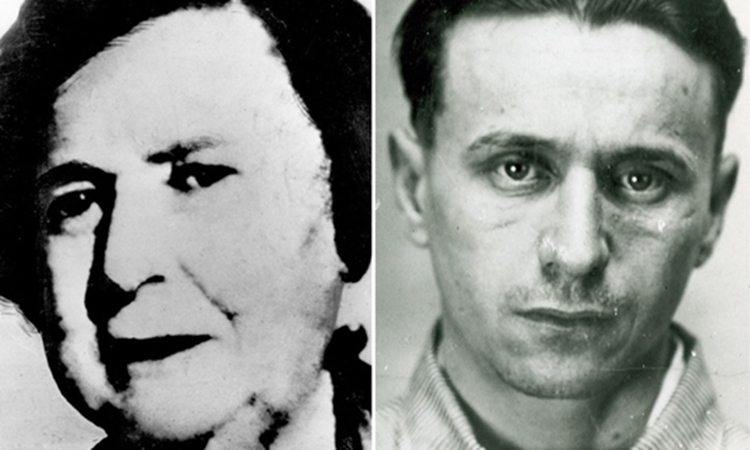 In September 1932, Arthur and Lloyd were released from prison and joined with Fred and Alvin. The group moves to Chicago but leaves after a short while because Alvin does not want to work for crime boss Al Capone.

The group moved to St. Paul, Minnesota because this is considered a safe haven for wanted criminals. Here, the Barker-Karpis gang committed more notorious crimes, from bank robbery to kidnapping, under the protection and direction of Thomas Brown, the city’s corrupt police chief.

In December 1932, the gang robbed the Third Northwest National Bank in Minneapolis, but the robbery ended in a fierce gunfight with police, killing two officers and one civilian.