Moscow asked Washington to verify after a US official said the US military provided weapons to Crimea militants to attack Russian soldiers.

“Unnamed US officials talk about their country’s support for terrorist activities in a third country. In this case, they talk specifically about Russia,” said the Russian embassy in the US on Tuesday. 9 said in a Facebook post.

The statement by the Russian embassy mentioned an article published by NBC News on September 14, which focused on the accusation of Moscow offering a reward to Taliban rebels for killing US troops in Afghanistan. In the article, an anonymous US official said that US intelligence had assumed that Russia’s “bounty scheme” existed, because they believed it was a “response commensurate with the US arming of Ukrainian units fighting Russian forces in the Crimea “.

“If this information is true, we ask the US side to clarify whether or not Washington directly or indirectly facilitates the SBU (Ukrane security agency) to organize terrorist attacks against people. Crimean people, “the Russian embassy wrote, and expressed” serious concern “about the information in the article. 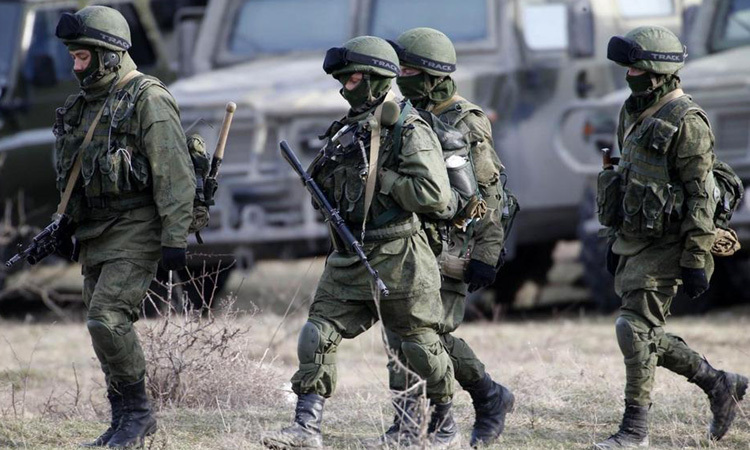 People in uniform but not wearing badges near the Ukrainian military base in the village of Perevalnoye, a suburb of Simferopol, Crimea in 2014. Photo: Reuters.

The United States supplies tens of millions of dollars of weapons and military equipment to the Ukrainian army in 2020, but the administration of President Donald Trump has never discussed supporting military operations against Russian forces in the country. Crimea.

Russia annexed Crimea in 2014 after former Ukrainian President Viktor Yanukovich was overthrown. The US and Western countries have imposed a series of sanctions on Russia after this move.