Trump countered his predecessor, Obama, calling him a “bad” leader after being criticized by Obama in his Democratic congress speech.

“I see how bad he left us, the foolishness of the deals he has done,” the US President said at the White House press conference on August 19. “President Obama didn’t do his job well. The reason I’m here is because of Obama and Joe Biden. Because if they did well, I wouldn’t be here,” Trump said.

Trump asserted that what his predecessor did “too ineffective, too terrible” and said that under the Obama era, the US economy “grew at the slowest rate in history”.

“I enjoyed my past life, but they did it so badly that I had to stand as president,” he added. 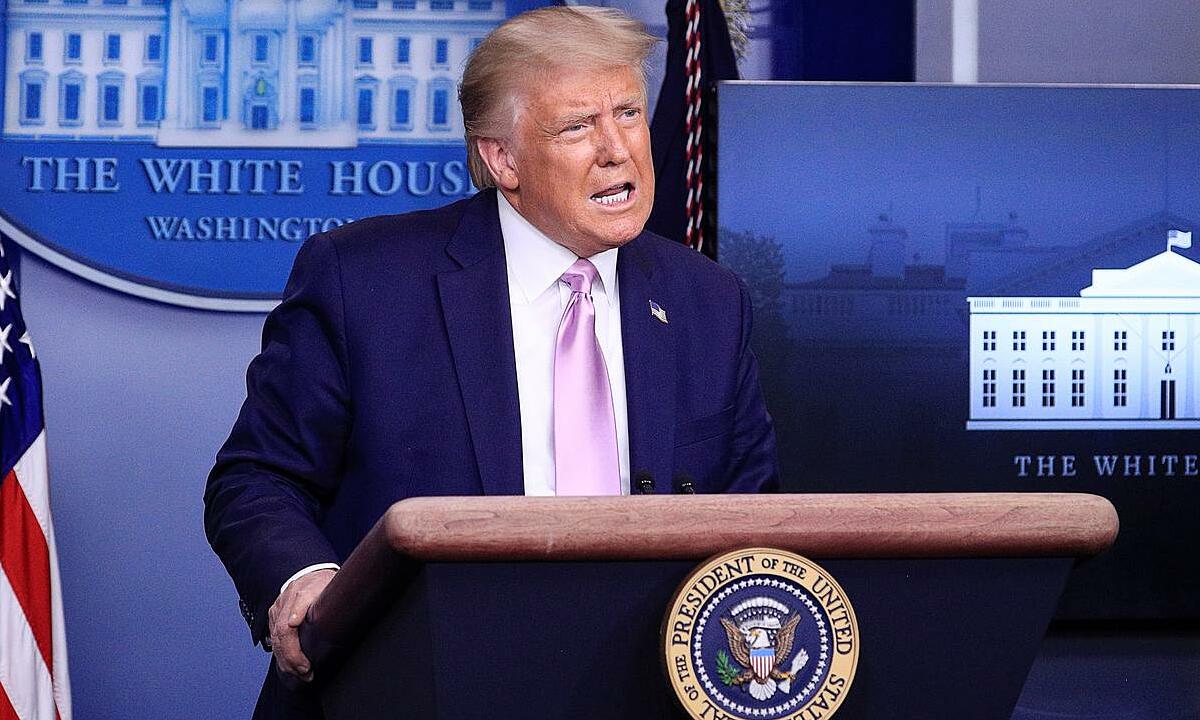 US President Trump at a press conference at the White House, Washington, USA, on August 19. Photo: Reuters.

In his speech at the Democratic National Congress announced early on Aug. 19, Obama said that when he handed over the White House to Mr. Trump in 2017, he thought that Trump “could show his concern. take the job seriously “and do well in the assigned responsibilities. “But he never did that”, the statement contained paragraphs. The Democratic National Conference will last until August 20.

Former US First Lady Michelle Obama on Aug. 17 also criticized Trump as “the wrong president”, “incompetent” and “complete lack of sympathy” at the online opening session of the National Party Conference. Democracy. In response to Ms. Obama, Trump called these statements “extremely divisive”.

The US presidential election will take place on November 3. According to a nationwide poll conducted by RealClearPolitics, Democrat Joe Biden is ahead of Trump by 7.7 percentage points, down from a gap of 10.2 at the end of June. 5 or more points in battlefield states like Michigan, Wisconsin, Pennsylvania and Florida. In Arizona, he also leads two points.

Biden is sticking to Trump in the presidential win-win states, including states that have a Republican tradition like Texas, Georgia, and states that Trump easily won in the 2016 election like Ohio and Iowa.

However, the memory of Hillary Clinton’s defeat to Trump in 2016 still haunts the Democrats. The United States is also grappling with the volatile economic and political landscape caused by the Covid-19 pandemic, economic instability and anti-racist protests.