Trump urged Republicans to quickly choose the candidate to replace the late judge Ginsburg, even though the Democrats want to postpone them after the election.

“Republicans – we have been chosen in this position of power and importance to decide for those who have elected us proudly. The most important of those decisions has long been the choice of options. We have this obligation, not to delay, “US President Donald Trump tweeted today.

This was the first signal from Trump showing that he would choose a replacement candidate for late judge Ruth Bader Ginsburg, who died on September 18 from complications of metastatic pancreatic cancer. The move is likely to spark a fiery war in the Senate next week. 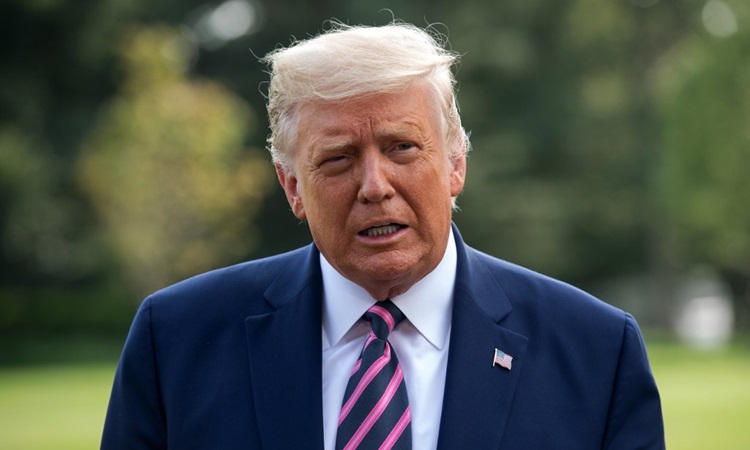 The US Supreme Court has 9 judges, who are appointed for life, meaning they are only replaced upon death or actively retiring. After Ginsburg’s death, Trump will nominate a new candidate. Candidates nominated by Trump will be interviewed by the US Senate Judiciary Committee and considered in about 60 days for their qualifications and qualifications.

The US Senate will then vote to approve it. The candidate will become the new Supreme Court judge if elected by a majority of senators in the Senate. Trump’s nominee will most likely be chosen, given the Republicans that control the Senate.

Mrs. Ginsburg is a liberal, seen as a tough opponent for Trump. She regularly criticizes the President, having said she “does not want to think about” Trump’s effects on the US Supreme Court.

The departure of Mrs. Ginsburg could significantly change the balance of thought of the Supreme Court, which has a conservative majority of judges at 5-4. Trump has the opportunity to expand this majority by appointing a conservative judge, as there is a deep divide in the US at a time when the presidential election is approaching. Trump said in August that he would “completely” fill the Supreme Court vacancy if given the chance before his first term expires.

Meanwhile, Democratic presidential candidate Biden said that the presidential election in the next November election will choose a judge instead. A few days before her death, Ms. Ginsburg said she did not want her Supreme Court replacement to be appointed before America had a new president.

Former President Barack Obama also urged the Senate not to appoint a new judge and asked Republicans to follow their 2016 standards when the party refused to hear his last nominee, Merrick Garland.

“Four and a half years ago, when Republicans refused to hold a hearing or vote on Merrick Garland, they created the principle that Senate should not fill empty seats in the Supreme Court before the new president takes the oath. take office, “Obama said.

Senate Republican leader Mitch McConnell, however, said he intends to act on any Trump nomination. “Candidates nominated by President Trump will be voted in