Trump said he was working to bring American troops home, but also warned the country could participate in new military conflicts.

“I’m trying to get out of the war. However, we may have to go to war too. Right?”, Trump told reporters at the White House on October 21, describing foreign policy priorities. for his “confusing” part.

“We are better prepared than ever. If Iran does something, it will be the most serious attack ever. I mean we have what we are seeing,” he said. The White House owner added, referring to Iran, which is in an increasingly escalating conflict with the United States.

The US president’s statement came as his administration was facing tensions throughout the Middle East. Trump recently sought to push for a temporary ceasefire, which Vice President Mike Pence negotiated with Turkish President Erdogan last week, to prevent an attack on Kurdish forces, ally’s America in Syria. 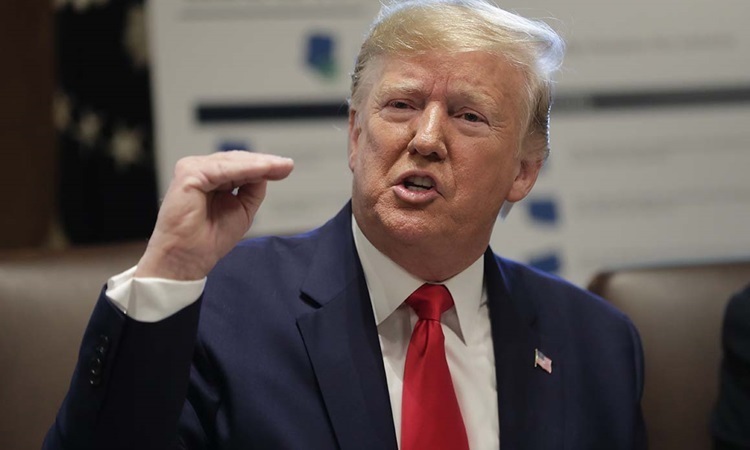 US President Donald Trump at the White House on October 21. Photo: AP.

The White House’s decision to withdraw troops from Syria also made MPs and Pentagon officials worried about the resurgence of IS rebels. Defense Secretary Mark Esper said more than 700 US troops withdrawing from northern Syria will move to western Iraq to continue their campaign against IS.

The US earlier this month also announced the deployment of troops to Saudi Arabia on grounds of stopping the threat from Iran since Aramco’s two oil refineries were attacked. Relations between the United States and Iran have been increasingly strained since Trump withdrew from the Comprehensive Joint Plan of Action 2015 and imposed a “maximum pressure” campaign on the Islamic Republic.